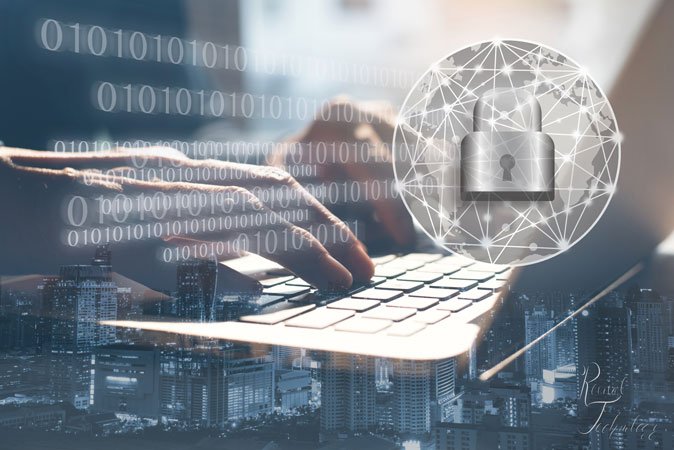 Due to constant threats across the digital landscape, modern businesses must incorporate a multifaceted security program to address risks from a variety of sources that manifest in multiple forms. While security tools are becoming more and more advanced to keep up with ever-changing threats, no one tool is enough. Financial information, critical data, and system functionality are all at risk in a compromised digital environment. By adequate threat detection and swift removal, companies can rest easy knowing their livelihood is safeguarded by the latest in security technology.

The most efficient and cost-effective way to manage these tools is through service providers who will take the legwork out of the equation with best practices and constant threat assessment. Digital security services that provide the above key elements are rapidly becoming the preferred way to safeguard enterprises. Here is a detailed overview of two of the most vital security tools: the firewall and antivirus protection.

Firewalls are perhaps the oldest internet security tools, with the first versions launched in the 1980s. A firewall acts as a digital intermediary or wall that monitors and filters traffic flow in and out of the network, allowing “good data” and blocking “bad data”. Firewalls became commonplace in the 90s, and in 2009 the Next Generation Firewall (NGFW) hit the scene.

An NGF goes deeper than its predecessors, performing a more sophisticated audit of traffic. NGFs are part of IoT technologies, embracing the cloud as the key secure environment. FWaaS (Firewall as a Service) is gaining momentum for its astounding capabilities as the NGFW of the future. In this model, security inspection protocols are moved to the cloud environment with all sites connected to a singular, intelligent global firewall seamlessly working through applications via a dynamic security policy. The results are less time on patches and upgrades and scalability.

FWaaS is on demand 24/7 performing network forensics and URL filtering. Since all traffic passes through the cloud, the firewall is able to operate an intelligent security policy to monitor internet and WAN traffic for both physical locations and mobile applications.

Uniform Security Policy– Security management across devices and networks can be a difficult task. If there are different vendors and models operating across a business, IT admin will have to manage multiple firewalls and apply varied security protocols. FWaaS can apply a universal security protocol across all devices and users, optimizing data security and minimizing threats.

Scalabality– FwaaS has flexible capacity that can quickly adapt to changes in bandwidth and deployment of additional applications and sites.

No Blind Spots– A firewall service monitors all users and devices, all encrypted and unencrypted internet and WAN traffic, for total visibility.

Antivirus protection is the quintessential security protocol utilized by businesses and individuals alike since the early days of the internet; no business can afford to forego this crucial security component. Antivirus software detects, removes, and guards against malicious software (malware) including:

Viruses– These are malicious programs that replicate and infect other programs by spreading into code and documents to dominate systems, steal or corrupt data, and/or gain administrative control.

Trojans– Also known as Trojan horses, this malware is cloaked to look like legitimate software in order to gain access into user systems. Trojans are often used to obtain sensitive data and spy on users by deleting, copying, modifying, and blocking data.

Worms– Like viruses, worms self-replicate to spread and infect multiple computers and networks, but unlike a virus, a worm is able to transport across systems without human action.

Spyware– Often difficult to detect, spyware includes any software or malware that has been installed without user permission.

Adware– Not always malicious and often used in free trial versions of apps and programs, adware is software with advertisements embedded into its application. Certain adware may collect user data to better target the user to buy, in which case it falls under spyware and should be swiftly removed.

An antivirus program runs protocols that check programs and compares them to types of known malware. It also recognizes specific behaviors that may indicate the presence of harmful infiltration. These processes are accomplished through three avenues:

Generic Detection– Antivirus software will scan for malware belonging to groups or families of code to identify similarities and threats.

Specific Detection– The antivirus protocol uses its intelligence to search for threats with specified known characteristics.

Managed Security Services are vastly becoming the preferred way to implement firewall and antivirus protection due to their ability to keep up with the latest tech and round-the-clock monitoring. Here are two premiere examples:

SonicWall works with MSPs like Revival to develop intelligent security programs and comprehensive risk assessment for businesses of all sizes. SonicWall offers affordable subscription services that cover the bases through sophisticated tech, including NGFWs and antivirus software, to eliminate threats.

Both WatchGuard and SonicWall work with Revival to safeguard businesses from ever-present and highly adaptive online hazards. By hiring service providers to constantly maintain security infrastructure, businesses can divert time and resources elsewhere and most importantly, sleep well knowing their systems, data, and finances are impenetrable by digital antagonists.