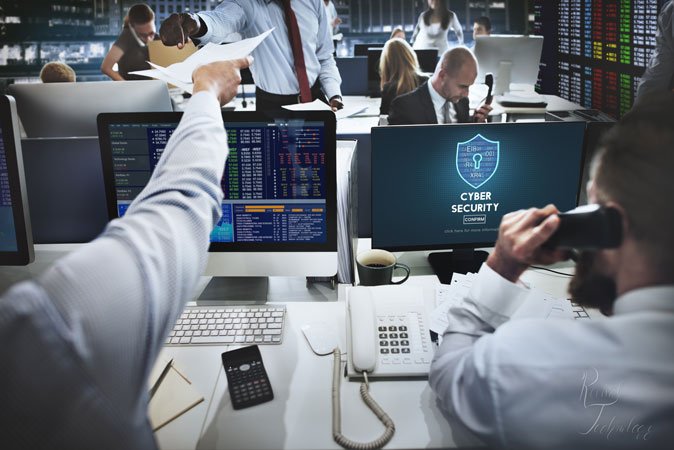 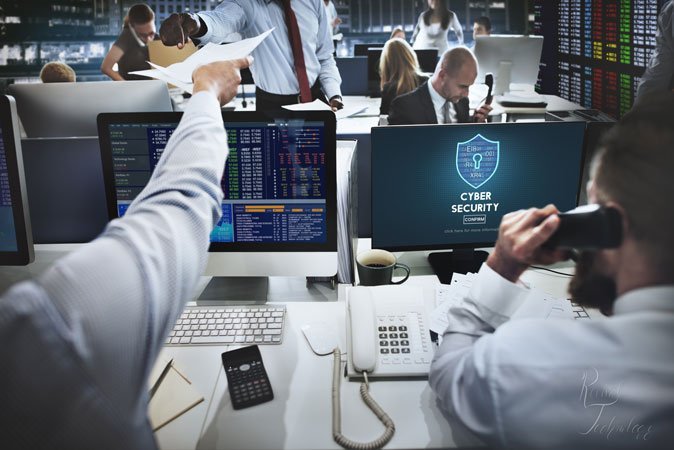 Achieving excellence in cybersecurity practices requires an interdisciplinary approach, a proactive attack on multiple fronts to address a constantly evolving landscape of threats. Interdependence is the hallmark of an effective security program, with each layer connected and reliant upon excellence at the other levels. By maintaining vigilance in the following four spaces, businesses can minimize damage incurred by security events and more importantly, prevent them in the first place:

Firewalls and antivirus software are the digital warriors, the first line of defense in a cybersecurity program. While firewalls have been around since the dawn of the internet, Next Generations Firewalls (NGFWs) and Firewalls as a Service (FWaas) have elevated the defense game with on-demand 24/7 monitoring and deeper analyses of traffic to expose abnormalities.

Everyone using a computer has at least limited knowledge of antivirus protection, the quintessential security tool used by individuals and businesses around the world to detect, remove, and prevent malware. Though malware comes in many forms, its primary purpose is infection: of data, applications, systems, programs, everything and anything that operates online. Firewalls and antivirus software are certainly not enough to protect anyone from cyber threats, but they form a critical layer of a security program and are often the first step made in developing multilayered security.

Echoing the first layer is a related field which not only protects data at large, but firewalls and antivirus software themselves: patches and upgrades. Patches are critical updates that improve the defenses of existing programs by “patching up” susceptibilities to rapidly changing malware. Failing to install timely patches can have catastrophic effects that can put major businesses and organizations under. In the case of ransomware, patch oversight has even affected access to healthcare and other human services.

Ransomware is one of the most pernicious iterations of malware today, according to the Federal Trade Commission. So pernicious, that neglecting to patch vulnerabilities can even put companies in violation of federal law in some cases:

If your business holds consumers’ sensitive information, you should be concerned about the threat of ransomware.  It can impose serious economic costs on businesses because it can disrupt operations or even shut down a business entirely. In addition, a business’ failure to secure its networks from ransomware can cause significant harm to the consumers (and employees) whose personal data is hacked. And in some cases, a business’ inability to maintain its day-to-day operations during a ransomware attack could deny people critical access to services like health care in the event of an emergency. Thus, a company’s failure to update its systems and patch vulnerabilities known to be exploited by ransomware could violate Section 5 of the FTC Act. Also, this principle is illustrated in several recent FTC actions that highlight the importance of defending against malware, such as cases against Asus and Wyndham. (FTC)

Unlike a patch or update, upgrades are released to completely replace old software with newer versions optimized for security. Upgrades usually feature significant changes and improvements meant to increase functionality and adapt to new changes in malware behavior.

An extensive backup plan is the key to securing data on a regular basis and should involve:

— A strategy for total data loss (plan for the worst)

— Knowing exactly what is backed up, where, and how often

The last component is particularly important, seeing as the issue is often not that backups are not performed, but that they don’t work. Backup failure is a common problem and can trigger a security event if not remedied quickly.

No matter the digital sophistication and processes in place, the burden of cybersecurity has and will always fall on the end user. Unfortunately, employees tend to misuse systems often, whether intentionally or unintentionally. The solution lies in an adaptable, up-to-date training program that covers the bases through:

Each of these components can be argued as the most critical, the zenith of the cybersecurity program. But it is not the individual functions that make a program effective, it’s the synergy created when all are operating efficiently and simultaneously. Use this synergy to create a culture of cybersecurity whereby all team members are prepared (not paranoid) and vigilant.

And don’t preach cybersecurity. Practice it the only way it really works: a multifaceted approach.